The Lincoln Memorial represents the 16th president’s Kentucky roots. An iconic spot in the park, the memorial is a place to rest, to learn, and to celebrate. 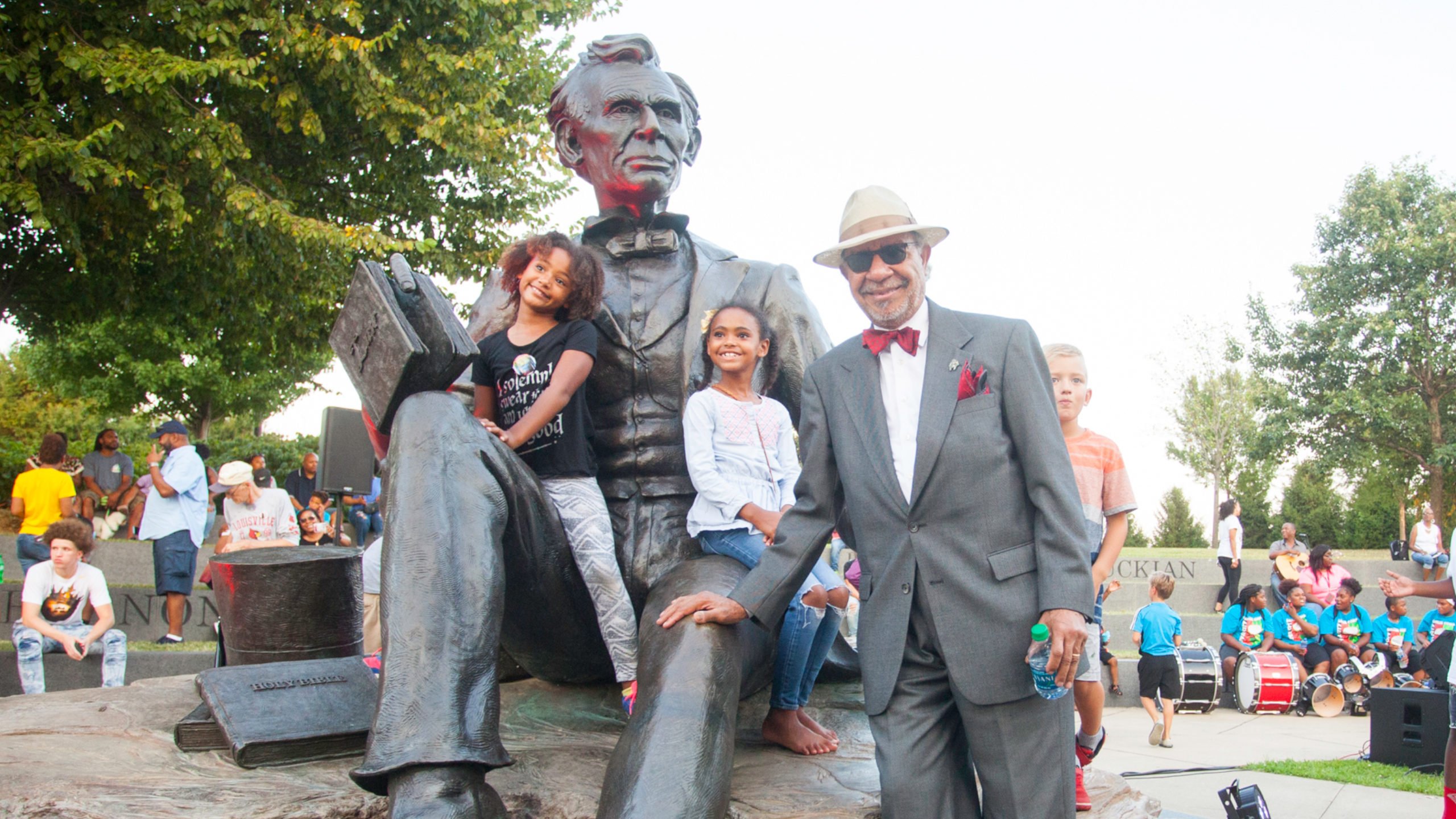 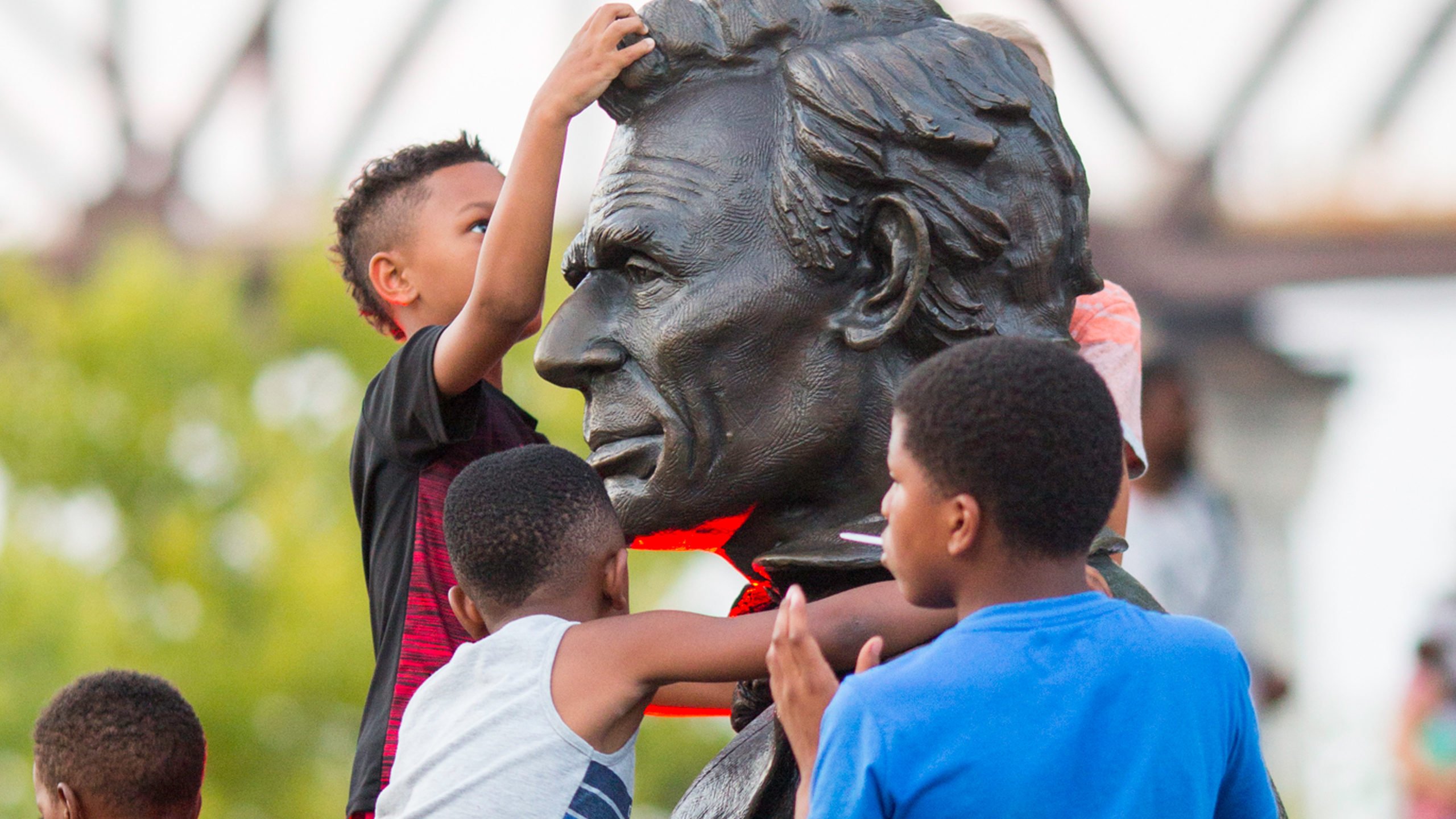 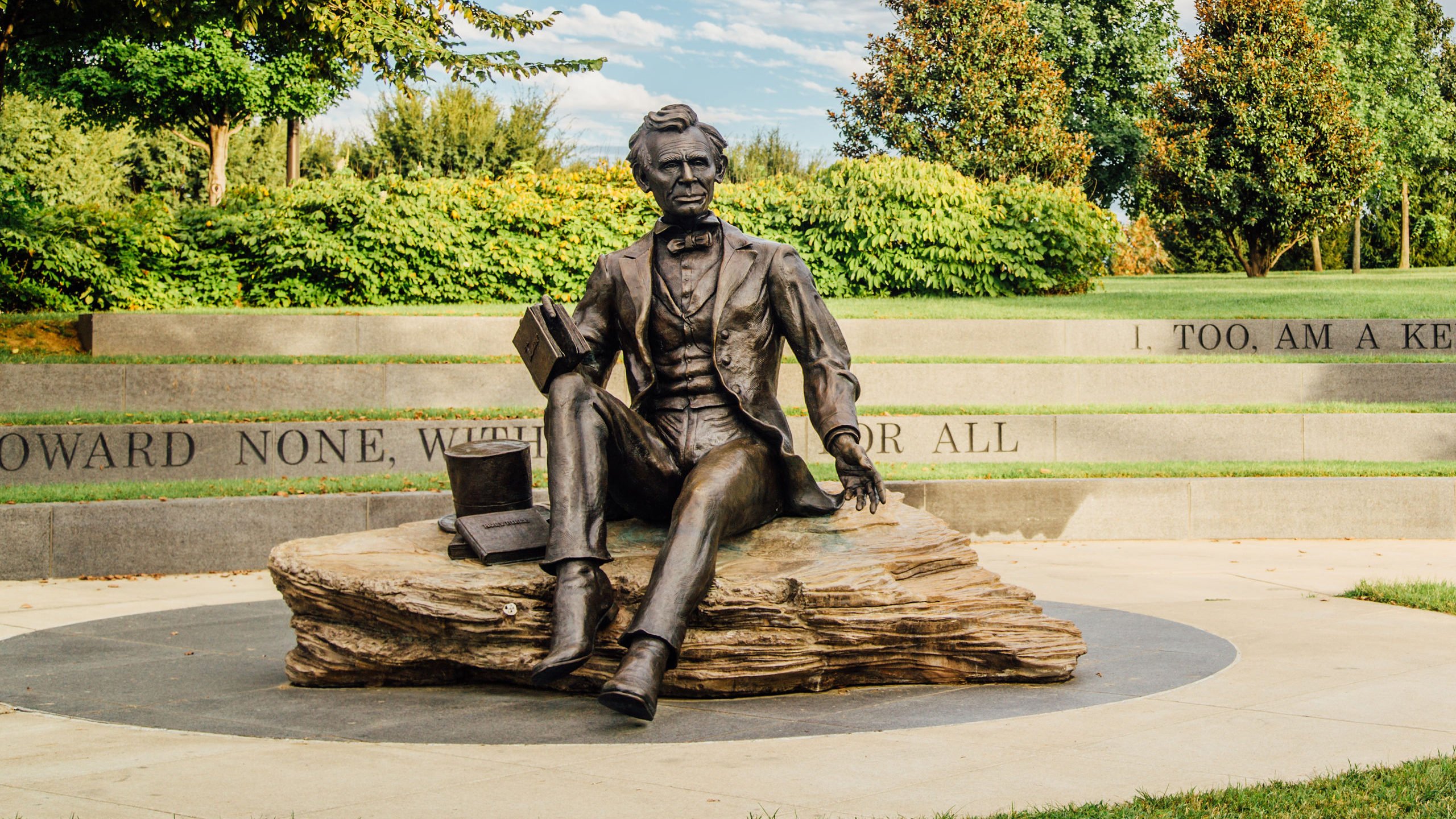 Dedicated in the summer of 2009, the Lincoln Memorial at Waterfront Park was part of the bicentennial celebration of Lincoln’s birth. The Commonwealth of Kentucky, the family of Harry S. Frazier, Jr., and the Kentucky Historical Society/Kentucky Abraham Lincoln Bicentennial Commission funded the memorial and selected nationally renowned Louisville artist Ed Hamilton to create both the Lincoln statue and the bas reliefs. Read more about artist Ed Hamilton.

The memorial features a 12-foot statue of Lincoln seated on a rock, looking out over the river. Four bas-reliefs (a type of sculpture carved from flat surrounding stone) illustrate Lincoln’s ties to Kentucky. The memorial site, designed by landscape architects Hargreaves Associates, features an amphitheater facing the river with granite seating that includes engravings of four famous Lincoln quotes. The canopy of trees that lead to the amphitheater includes several species that that were favorites of Lincoln. 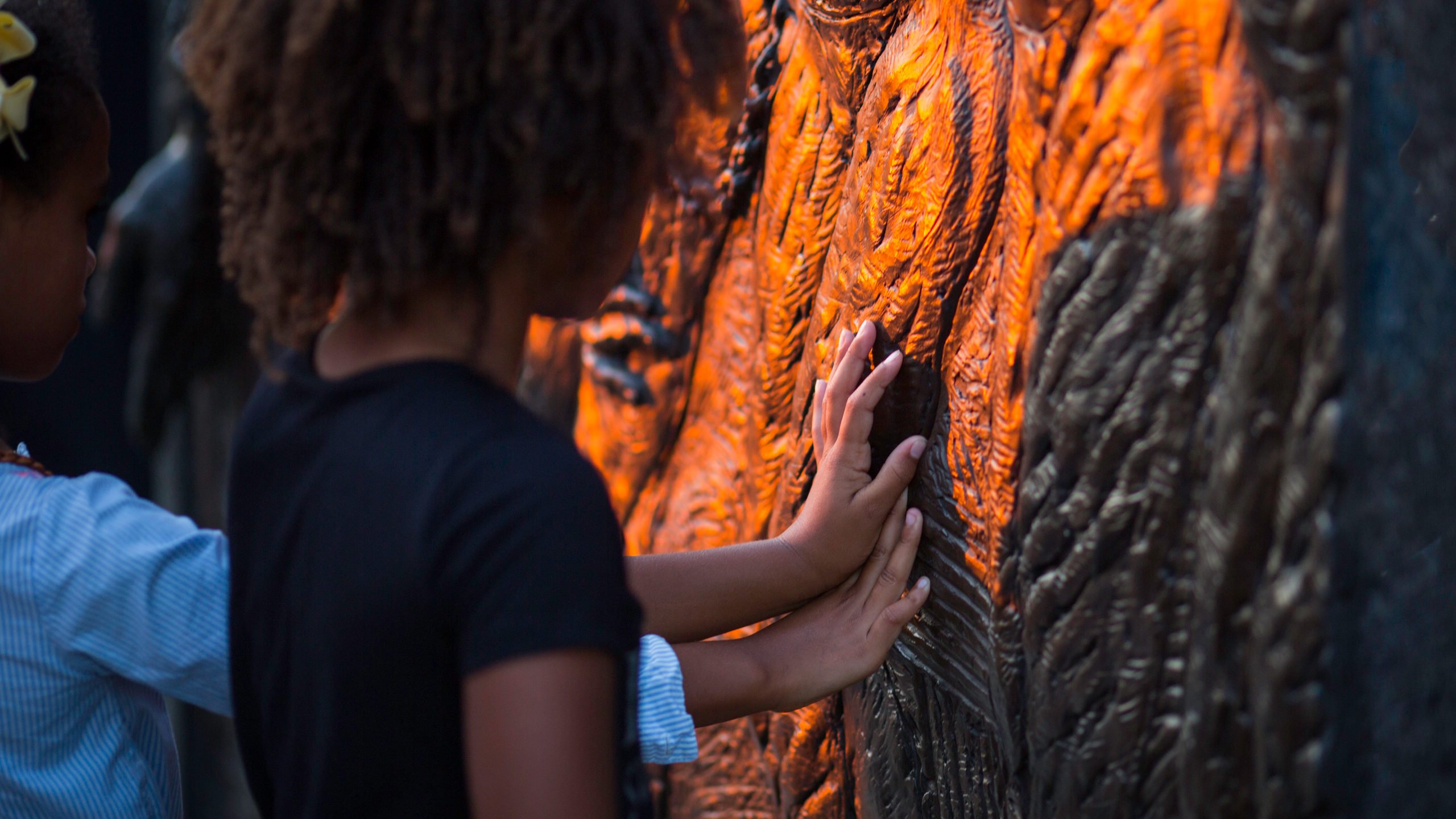 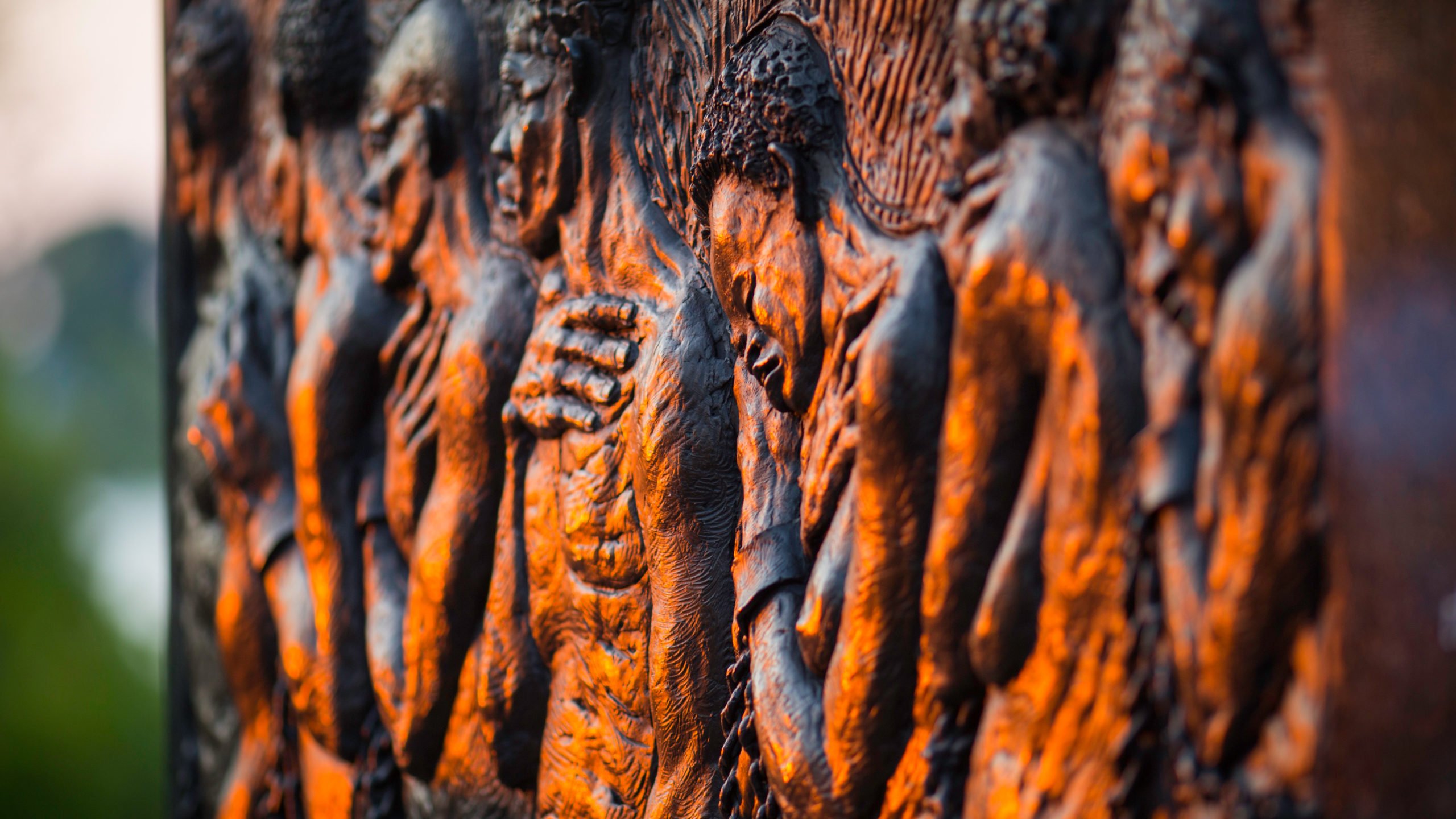 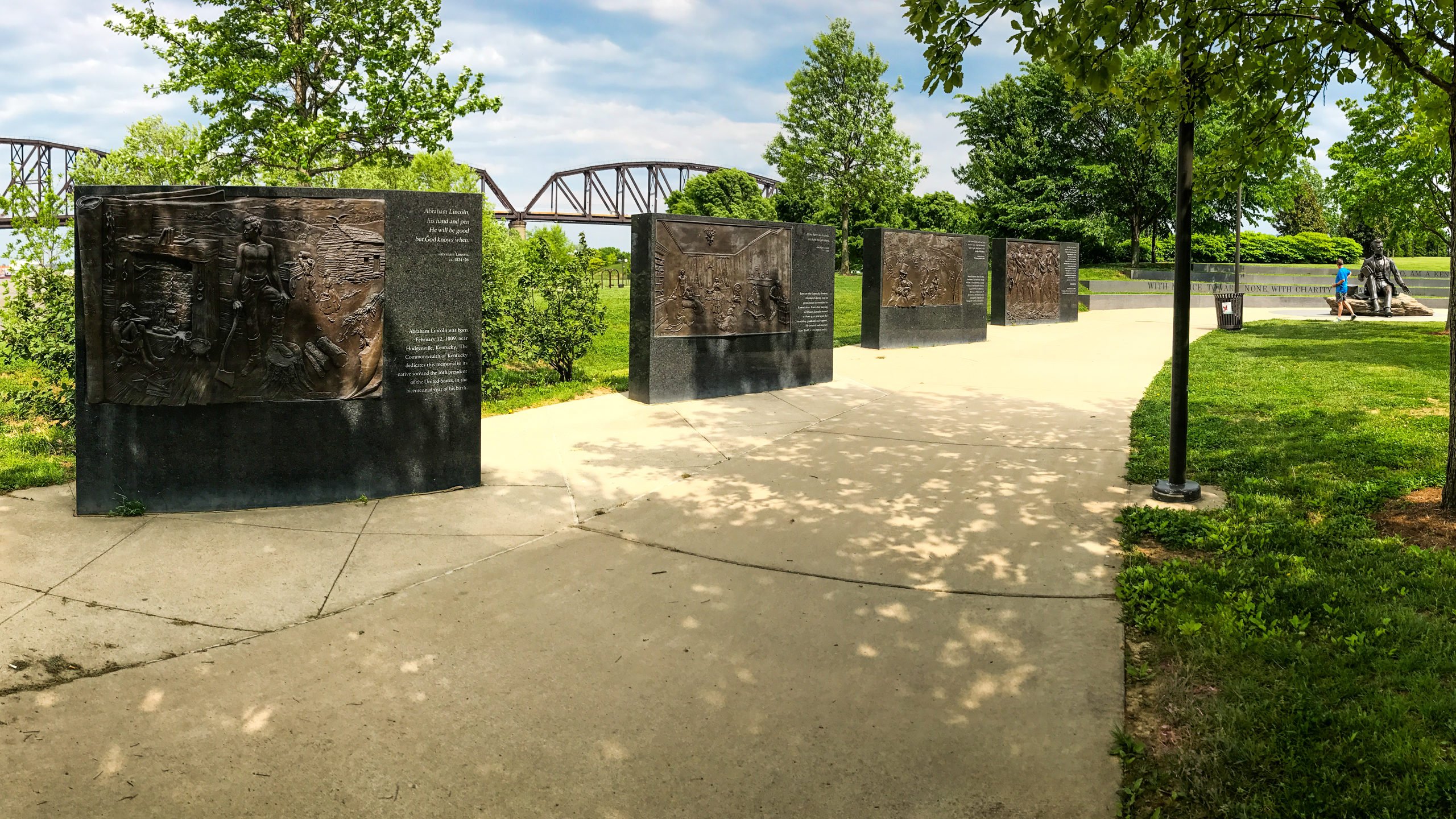 Abraham Lincoln, born February 12, 1809, near Hodgenville, Kentucky, was the first president of the United States from outside the original thirteen colonies. Lessons learned from his early years on the Kentucky frontier undoubtedly shaped our 16th President.

Even after moving to Springfield, Illinois in 1837, Lincoln often turned to fellow Kentuckians, for guidance and support as a lawyer, politician, and president. He married Kentuckian Mary Todd Lincoln, his closest friend was Louisville-native Joshua Fry Speed, and he sought political advice from the great Lexington statesmen Henry Clay.

In his famous speech of June 16, 1858, senatorial candidate Abraham Lincoln invoked the biblical injunction, “A house divided against itself cannot stand.” When the Civil War erupted, President Lincoln’s family became a house divided; most of Mary Lincoln’s relatives in Lexington supported the Confederacy.

On January 1, 1863, Lincoln issued the Emancipation Proclamation, freeing all enslaved persons in the Confederacy. A year later, Lincoln endorsed the 13th Amendment, which, when ratified in late 1865, abolished slavery in the United States. Depicted here are life-sized figures of enslaved Africans boarding a riverboat. The wrist shackles in the relief were molded from a pair used in the antebellum era.

Download the visitor’s guide and activities book. The guide provides background information about the memorial, artist, and site designer. A list of activities encourages visitors to dig deeper into Lincoln’s stories and his ties to Louisville and Kentucky. A two-page supplement is also available.

The Lincoln Memorial at Waterfront Park is part of the Kentucky Lincoln Heritage Trail.

Renowned sculptor Ed Hamilton created York and the Lincoln Memorial along our waterfront. His body of work depicts some of the most well-known Americans throughout history that tell the story of America and show the rich diversity represented in our culture. Watch this video Kentucky Tourism to learn how Ed has become internationally recognized and loved.