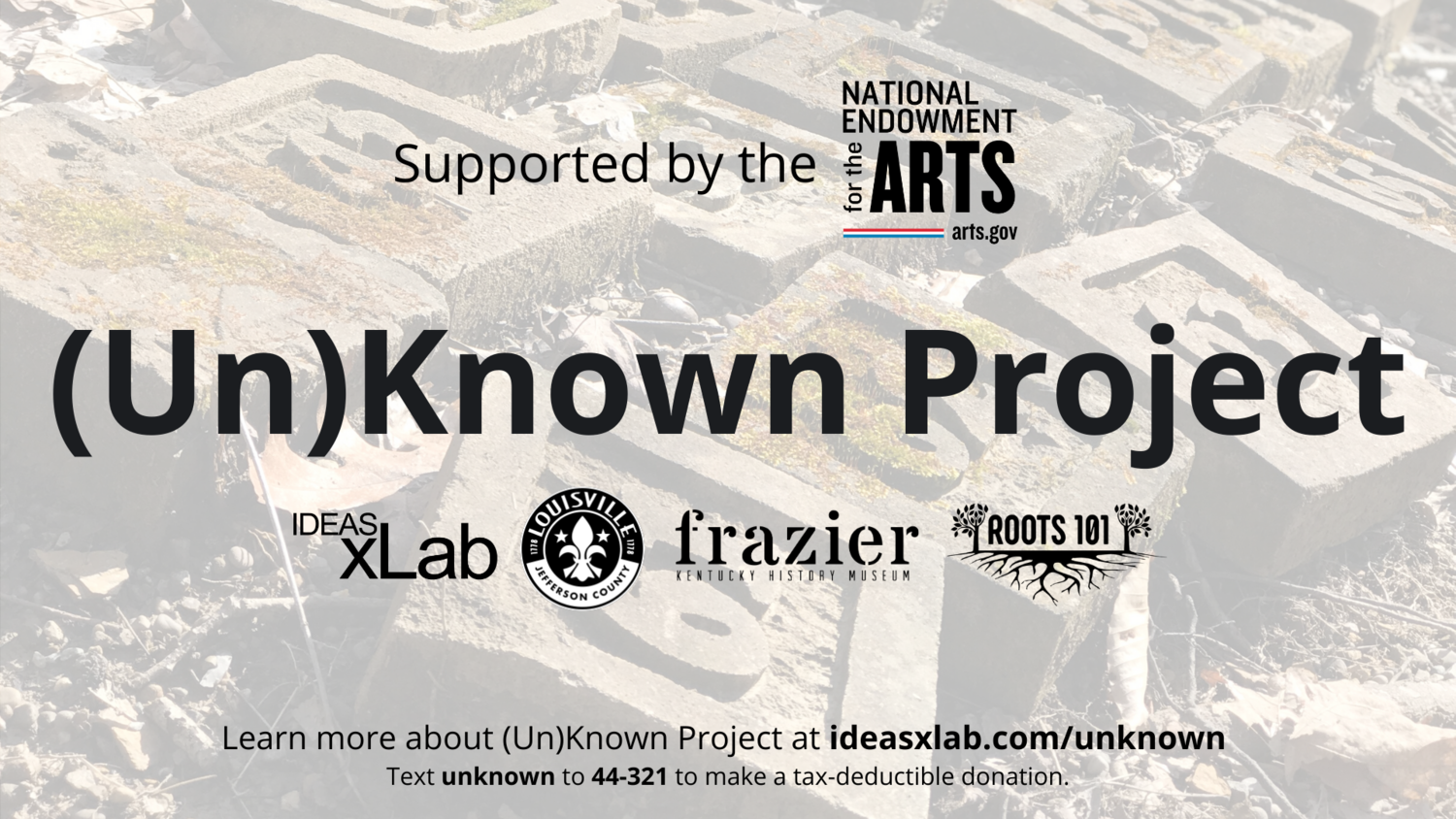 Waterfront Park is proud to be working in collaboration with IDEAS xLab, the Frazier History Museum, Roots 101, as well as various departments within Louisville Metro Government to support the (Un)Known Project.

The (Un)Known Project will create an artistic space and experiences that will support learning, healing, reflection, reconciliation, and action by telling the stories – of both known and unknown – men, women and children that were formerly enslaved and hidden figures in Louisville, Kentucky.

It will incorporate Louisville’s history and heritage to create limestone benches, poetry, photography, and arts-based experiences along the Ohio River. Serving as a cultural heritage destination, the (Un)Known Project will be co-created as a significant marker in Louisville, designating the location as a monumental site and symbol of African American history – centering on the Black contribution to Kentucky.

Exhibition Components for inside the Frazier Museum and Roots 101

Floating Reconciliation Experience on the Belle of Louisville

The Journey In Our Footprints portion will be located in the area of the RiverWalk that Waterfront Park is currently redesigning in coordination with Louisville Metro between 4th and 7th Streets.

The Limestone Reconciliation Benches we be located in the grassy area along the RiverWalk under the 9th Street overpass.

Learn more about the (Un)Known Project online at IDEAS xLab, as well as via this article from NPR.