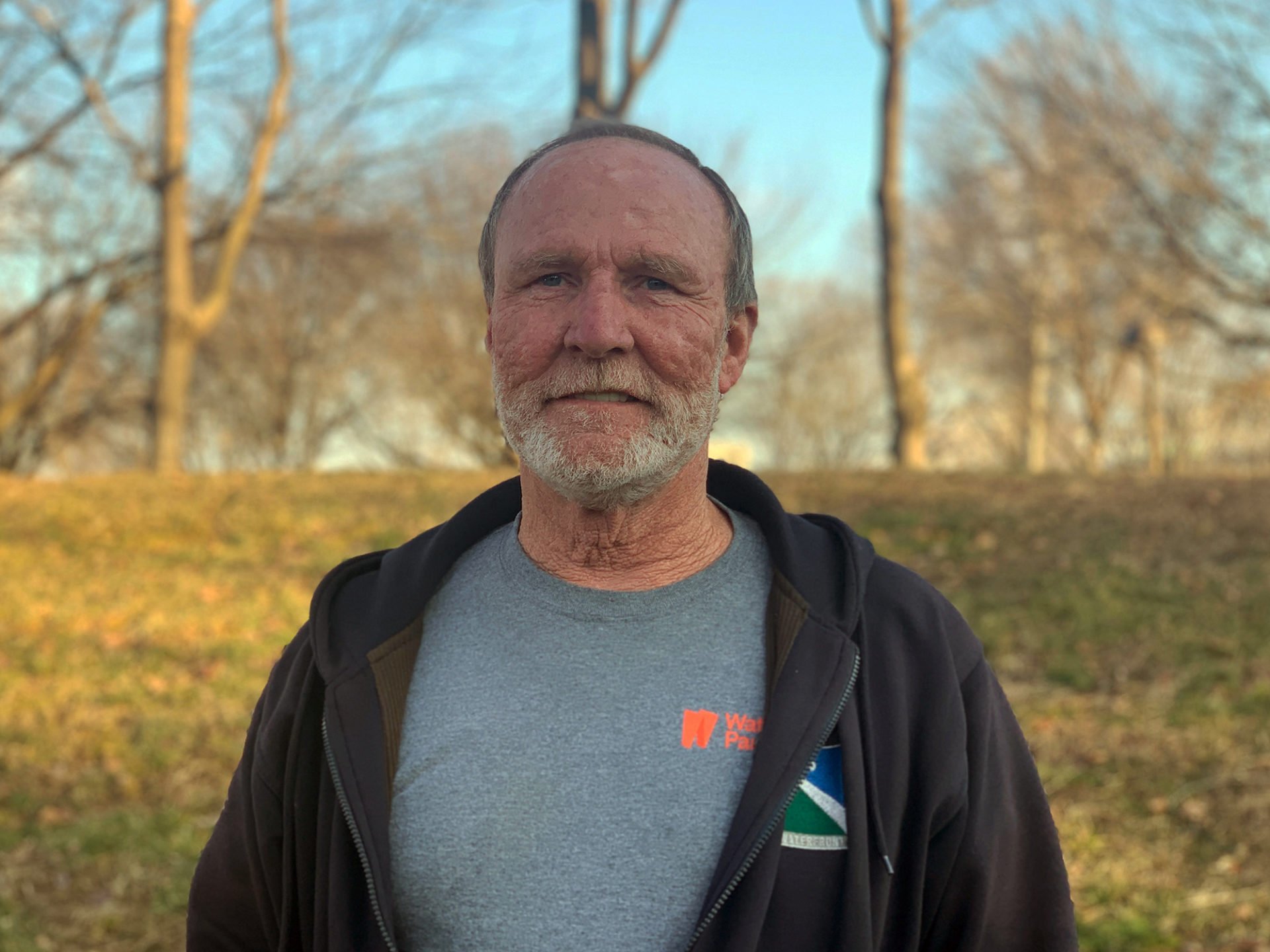 Over the next several months, we will be featuring the members of our Waterfront Park maintenance crew. Our small but mighty team is the best in the business, working seven days a week to keep the park clean, the lights on the Big Four Bridge shining, and the park landscape healthy and thriving.

Paul is known affectionately as HPIC or Head Plumber in Charge by his colleagues. Paul was invited to join Waterfront Park’s staff in the late 90’s to care for the sophisticated underground irrigation and drainage infrastructure for the park. Paul has played a very important role in the ongoing maintenance of our full 85 acres, which is almost entirely irrigated, and he has helped to oversee every stage of park construction. Paul also works closely with event staff to safely accommodate the many thousands of tent stakes which are temporarily installed throughout a normal year for special events. Paul has been married to his wife Kathy for 36 years in January and says that everyday is their anniversary. Paul and Kathy have four children and four grandchildren.

Get to know Paul better in the Q&A segment below:

Q: What is your role and how long have you been in it?

A: I’m the Plumber – Water Man for 22 years. Good water, bad water, clean water, dirty water, if it says water, then that’s me. You know this is a big facility for one water person. There are 90 miles of pipe in this park, enough to go from here to Lexington and a little more. Thousands and thousands of glue fittings and all kinds of fittings and valves. Sooner or later something cracks or breaks or gets hit with tent stakes, and I’m here to fix it. We also have hundreds of miles of underground wiring for lights and irrigation infrastructure. This is the kind of thing that no one knows about and may not care about it until they get hit with some water from a tent stake. Then they want to meet me real fast.

Q: What is your favorite feature of the park?

A: My favorite feature is the Big Four Bridge that I’m sitting under right now. But, I love all of the park as long as this old man gets to work here. Only a few people get to work here you see. As long as I get to, I’m alright.

Q: What is your favorite event in the park?

A: My favorite was the Fourth of July concert events, because I sometimes would get to go backstage for those and would behave. The Band Perry or Jimmy Cliff were some of my favorites.  I have a funny memory of Jimmy Cliff’s manager wanting to get to know a friend of mine better and he invited her to fly off to Jamaica. She didn’t go but that was a fun time. My very favorite was a concert with Willie Nelson. I also got to take my buddy who only had about eight months left in his life at the time. He wanted to see Willie so bad and he got to take his picture with Willie that night. He died not long after that.

Q: What is your favorite way to spend a day in the park with your family and friends?

A: When my kids were younger, we used to bring them to the firecracker show! You know, the fireworks and airplanes and all that stuff. We used to spend the day, and that was fun being down here with all the excitement.

Q: What do you love most about your job?

A: One, that I have it, and second that I can do it. I could say that I love unclogging toilets better but HA! I like digging a hole and fixing pipes. If you didn’t like digging then this job wouldn’t be for you. It’s like a treasure hunt, finding a bottle or a marble on your way down. I do like driving these little orange buggies. I drive from this hole to that one. It sure beats walking and carrying all your stuff!

Q: In your time with Waterfront Park, how have you seen the park grow?

Q: What is one thing you want people to know about Waterfront Park?

A: Waterfront Park is a great place to bring your children, and your family.