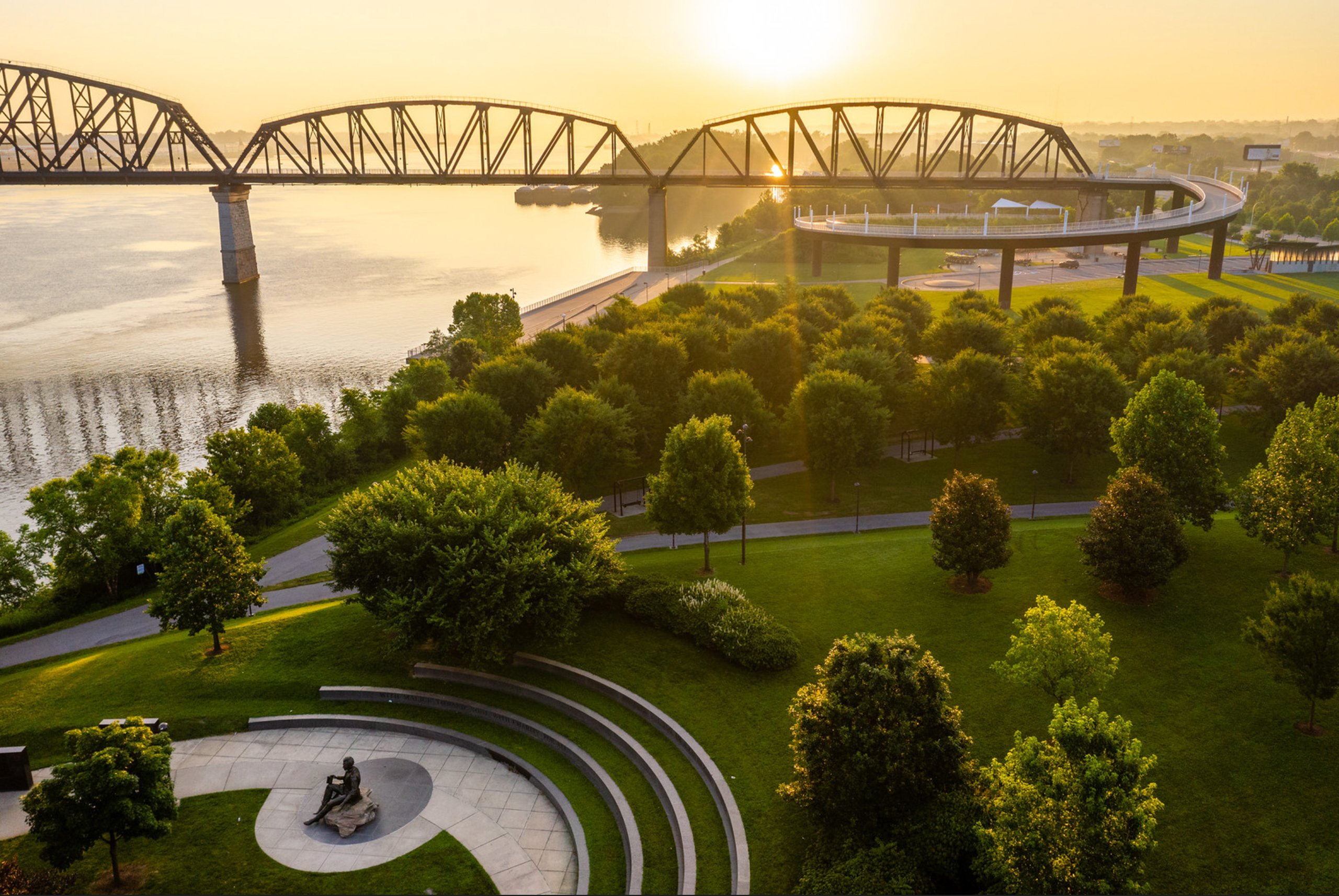 Waterfront Park in the News

Extra! Extra! Read all about it!

Waterfront Park is honored to have been mentioned in a variety of different articles. Please take a moment and glance through:

“For a final glimpse of Louisville’s past—to go from the hoofed to the iron horse in a manner of speaking—head down to the Ohio River banks where some five years ago the spectacular Big Four Bridge was transformed into an immensely popular walking trail. A walk to the Indiana side and back over the former railway bed is about two miles. Then, explore the eighty-five acres of the Louisville Waterfront Park, former industrial lands, to see just how far Louisville has come in reclaiming its rich past and spaces.”

The Whiskey Alley entertainment district would be an asset to the downtown area and we support our neighbors on making this concept a reality .

Courier Journal “We know Louisville is cool. Here’s every national list in 2019 that thought so too”

If you have witnessed a sunset over the Big Four Bridge then you can easily understand why Waterfront Park was listed as one of eight best spots for breathtaking sunsets in America. It is truly a treasure to watch the sun fade from the banks of the Ohio River.