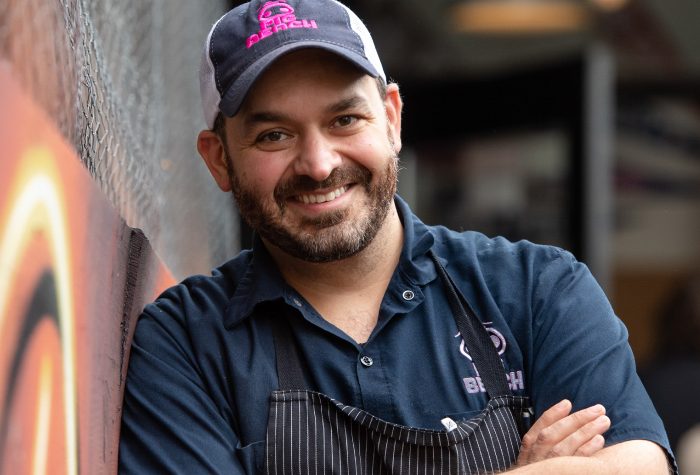 “Our dear friend Brook Smith, a fixture in the Louisville community, introduced us to Waterfront Park and we were immediately blown away by everything this space has to offer,” said Pig Beach BBQ Partner Rob Shawger. “From the phenomenal views to its proximity to the amphitheater, ongoing events—it’s truly got it all.”

“Pig Beach offers amazing food and a welcoming atmosphere, making it the perfect fit for Waterfront Park,” said Deborah Bilitski, president and executive director of Waterfront Park. “We look forward to activating the restaurant space and integrating Pig Beach BBQ into the park, our events and other offerings.”

“Louisville’s warm, welcoming vibe and rich bourbon culture pairs perfectly with our style of barbeque and hospitality,” said Pig Beach BBQ Executive Chef & Partner Matt Abdoo. “We couldn’t be more thrilled to be bringing Pig Beach to such a vibrant destination in Louisville as Waterfront Park, and we look forward to working with local distilleries, breweries, and purveyors in reflecting that flavor and culture throughout our menu.”

Pig Beach BBQ plans to open its doors for Derby festivities in April 2022.