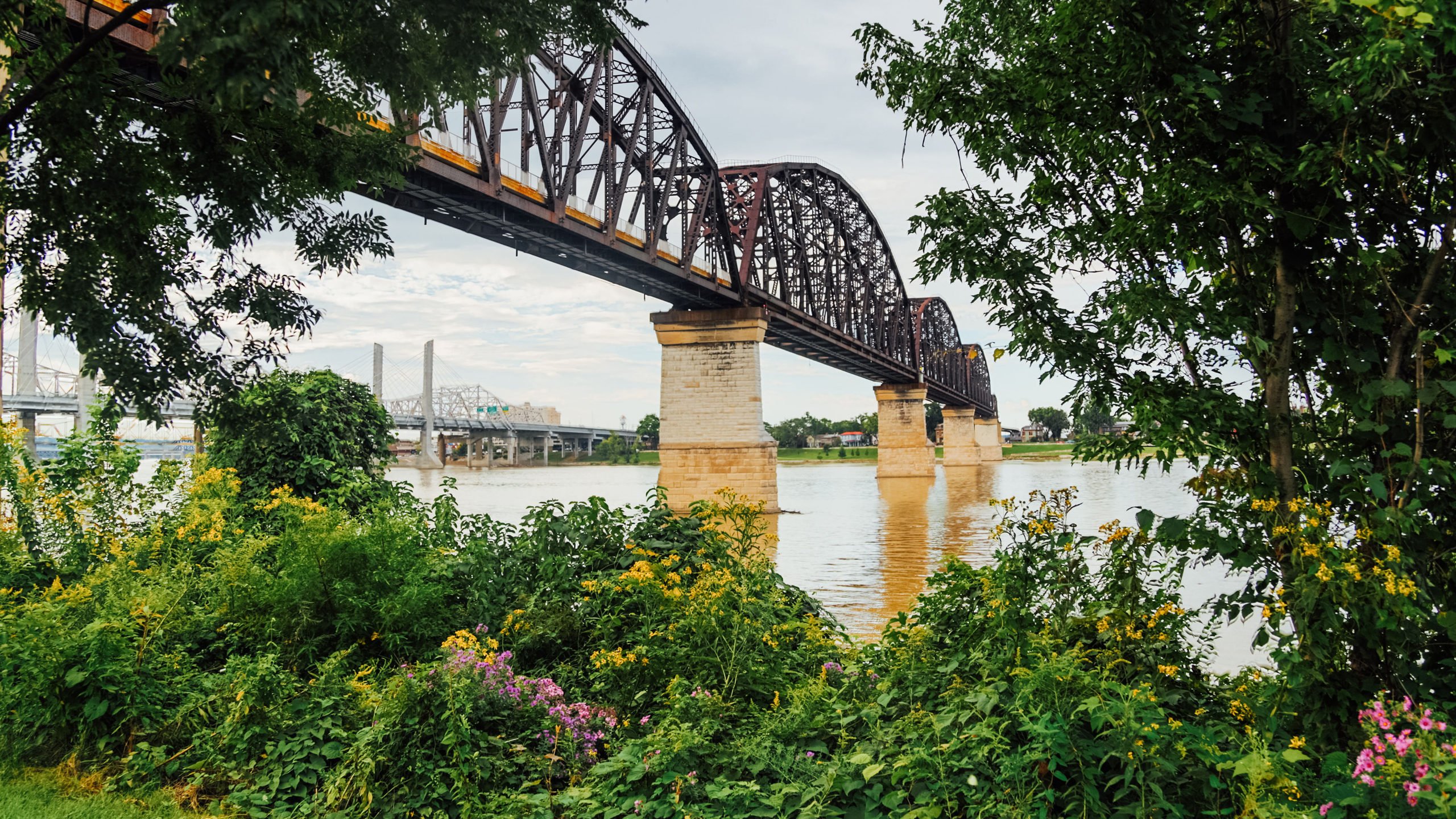 To Celebrate the Big Four Bridge’s 7th Birthday, Waterfront Park Announces Dinner on the Bridge
The Park is seeking support to benefit the ongoing needs of Waterfront Park

LOUISVILLE, Ky. (February 5, 2020) – In honor of The Big Four Bridge opening to the public seven years ago on February 7, 2013, Waterfront Park announced today a first-of-its-kind community event: a four course dinner atop the popular Big Four Bridge. The inaugural Dinner on the Bridge will take place on Friday, May 29 and will feature libations, music and a four-course meal curated by renowned Chef Edward Lee to benefit the Internationally award-winning Waterfront Park.

Elevated 50 feet above the Ohio River, guests will dine under the stars with stunning views of the downtown Louisville skyline. Created to raise funding and awareness of the need for public support, the event marks the first time Waterfront Park has closed off the Big Four for an event such as this.

The park is currently in the process of securing sponsorships from Louisville corporations and park-loving individuals. There are a limited number of opportunities for select sponsors to incorporate their people and products into the upscale dinner.

“As we meet with people about the event, we’re being met with a tremendous amount of excitement,” said Deborah Bilitski, president of Waterfront Park. “We know that it’s a uniquely appealing place. It became clear that we had a real opportunity to create an event on the Big Four, one of the parks most valued assets, while raising the vital funds we need to continue to maintain and grow the park.”

A limited number of tickets will be sold to the Dinner on the Bridge. Sponsors will be provided access to preferred seating based on their level of support.

About Waterfront Park:
Waterfront Park is a treasured community asset and home to some of Louisville’s most exciting celebrations. Once a wasteland of scrap yards and heavy industrial uses, Waterfront Park is now a vibrant 85-acre green space that welcomes over 2.2 million visitors each year. As the most utilized urban park in the city, it’s a place where Louisville comes together to celebrate our unique sense of community.

Waterfront Park is a non-profit public park made possible by the generosity of Waterfront supporters. For more information about Waterfront Park or how to be a part of the Dinner on the Bridge, call Ashley Smith at (502) 574-3768.